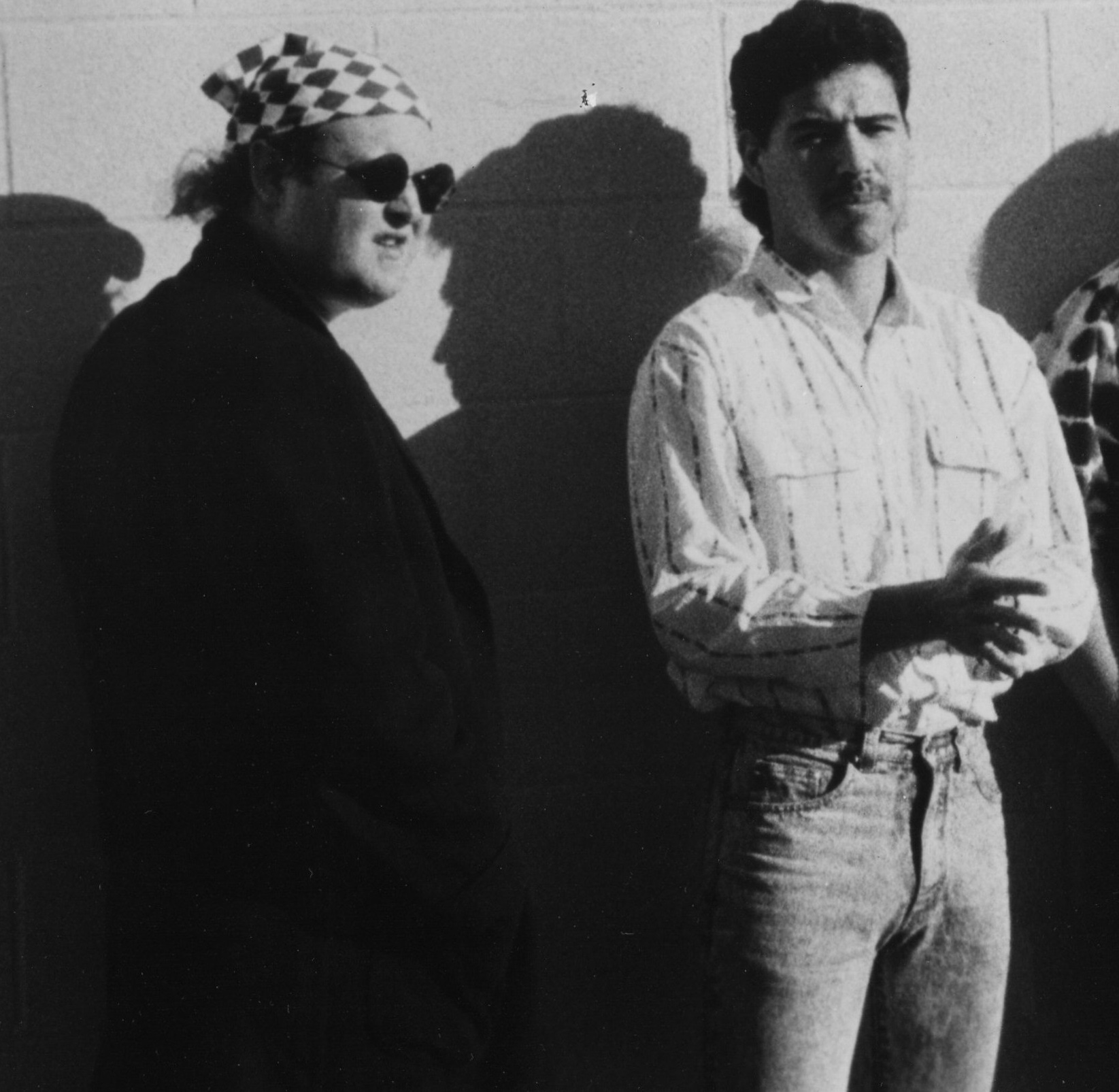 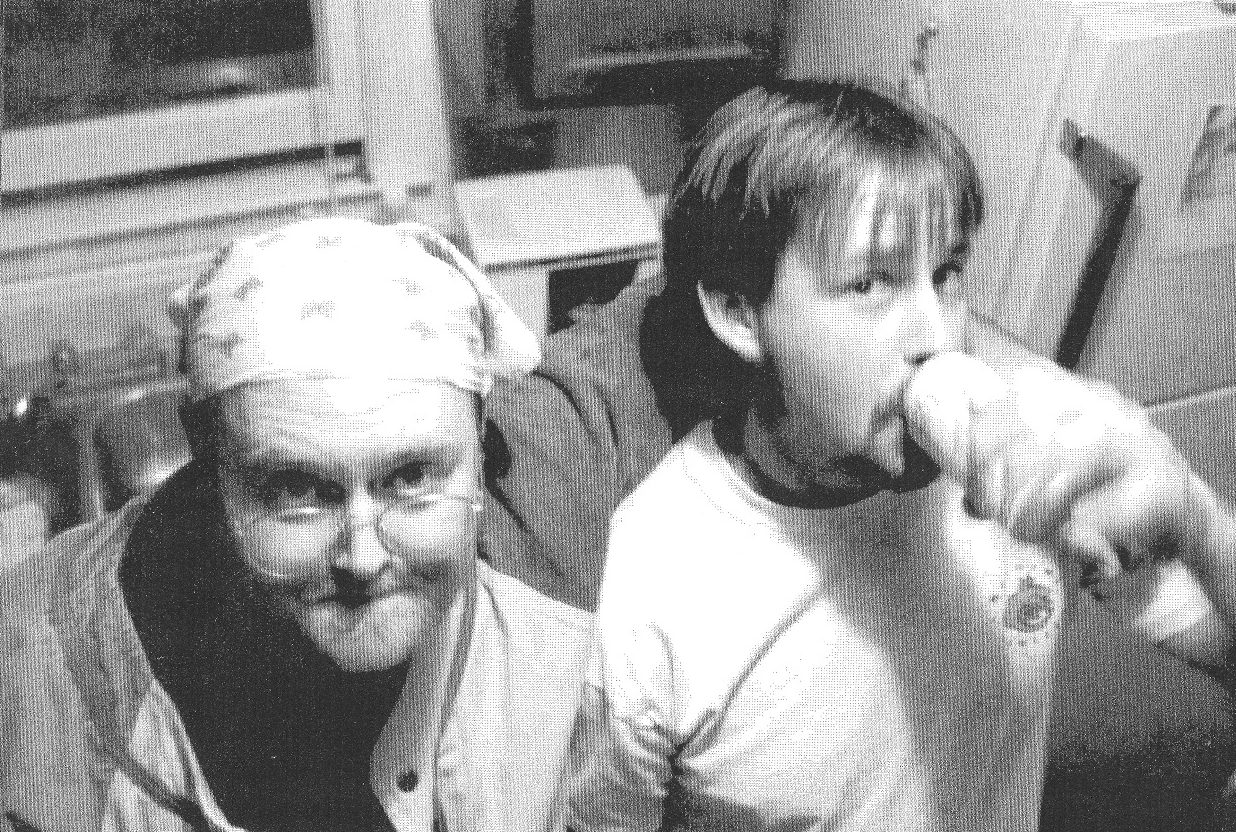 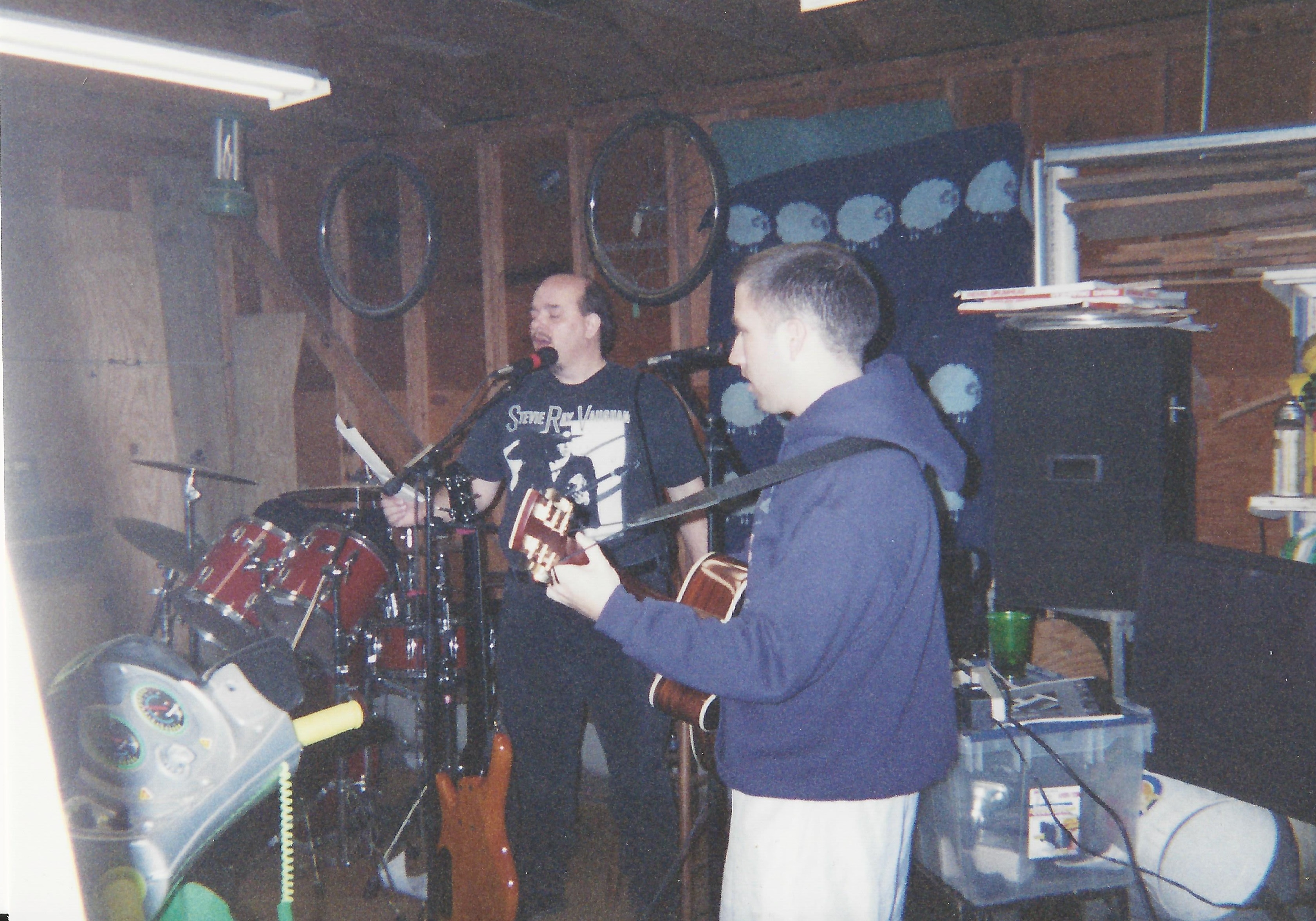 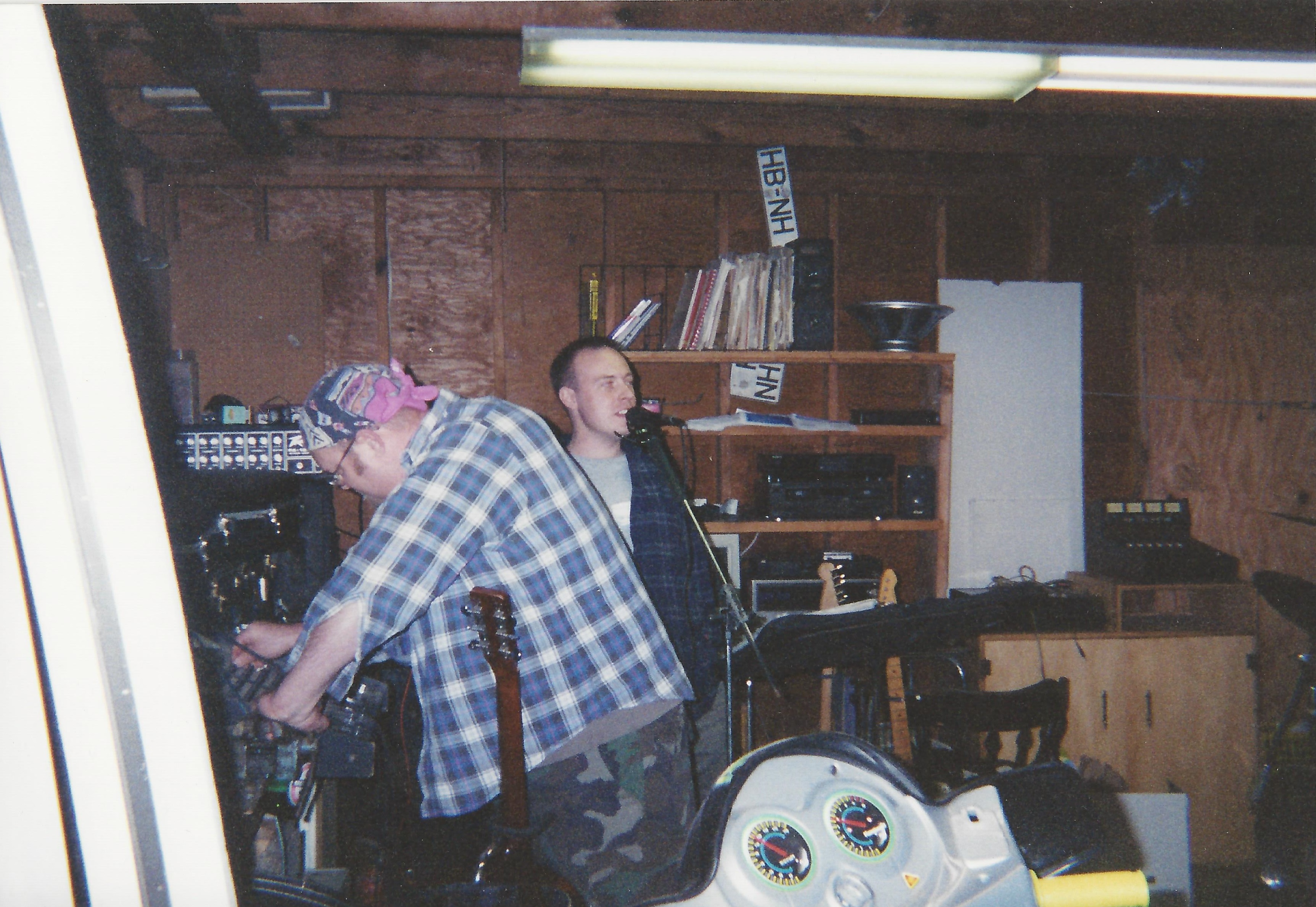 Saint Frank started this journey way back in 1995 with Rick Kuhns and Steve Mendez looking to stretch their musical wings after a successful run with cyber-punk band Shrieking Sheik. They started writing songs together and working on demos on an old Fostex 4-track, honing their writing chops and defining their sound (we still have the old 4-track recordings, digitized now!). Steve left in 1999 to tend to family matters and was replaced with Jeff Dinkler, an old friend and former bandmate in Radio Sky and Here C'mere, and Rick took over sole songwriting duties. They played around the area with Rick on acoustic and Jeff on congas but really wanted to get a full band together. In 1999-2000 they produced their first CD, eponymously titled, with producer Dave Grant (from Here C'mere) in Dave's 16-track studio which caught the ear of bassist Larry Smith who joined the band in 2001. The three played (still pretty much acoustically) until they found guitarist Chris Alexander. Finally, the band was born!! Playing alt-rock covers and originals in the Virginia-North Carolina circuit, they wowed a lot of crowds with their blend of muscular power pop and alt-country influences along the lines of Bob Mould, Counting Crows, Better Than Ezra and Toad The Wet Sprocket. With occasional sit-ins from Erik (The Leprechaun) Hess on mandolin, guitar and vocals the band could play anything their little ol' hearts desired.

Alas, it was not to last. Chris and Erik were both pilots in the USN, called away to duty on a regular basis after school, and the band called it quits in 2003 when Jeff needed to spend more time with his family.

But that was not the end...

Rick was playing with popular local group Moaning Lisas and started to get the writing bug again. Rick, Jeff and Larry played a reunion show opening for the Lisas in 2008 sparking the fire to write new material. Rick went into his new studio and remastered the original Saint Frank CD into two EPs along with recording three EPs worth of cover material, available now through CD Baby distributing. Rick is now writing the new Saint Frank EP, after almost twenty years. Long live Saint Frank!

Why? Because people want to know who they're listening to.

It's a human thing.

Head rude dude in charge of being a pain in the ass.

In charge of big banging.

In charge of all things low, live sound and meticulously packing the van.

In charge of loud, noodley stuff.

In charge of twangy, tinkly stuff.

We got music!! Come buy some!!